“If Consciousness is a Quantum Process…” 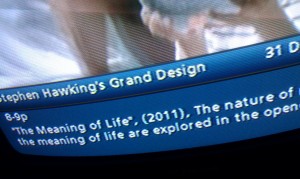 No seats to sit, train full.  Well, there wasn’t none till 2 people where i was standing just got off. I feel a bit weird sitting when there are older females standing. But my rationale is i take up less space sitting and not being in the aisle and this is a greater benefit to the universe.

What do i mean when i say universe? “Universe” to me is the system of space and time that we exist in. Its more than just matter and space. Its more than just the place inside which we live. It is also the laws and physics which govern how things behave and interact in this realm. There is a “reason” why certain elements only bond with certain other ones. There is a “reason” why the speed of light is what it is. Some say our universe is finely tuned and if it was slightly different in many a category, life and or nothing could exist.

Who or what determined these reasons im not going to address right now, but i will later. The universe as a system “operates”  and has a “rhythm” (this is an over simplification that i must explain eventually).  Life evolved from and because of the standards and rhythms set by the universe over billions of years. So there is a deep intimacy in the relationship between life and the universe.  (its impossible for there to be a place better than the sun- earth ecosystem for life as we know it) 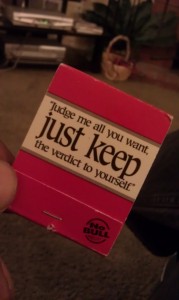 Life has adapted to thrive within the sun earth ecosystem which is a product of the “universe.” It is said that all matter comes from the explosion of stars so that means that everything in the universe including living creatures was physically created by the universe. The laws of physics which cause this to happen is part of the system of the universe of which i refer to. It all works together in a harmony.

This ” harmony” goes beyond what we can observe and detect. Life also has its own rhythm and energy which is interrelated to the universe.

I think what im trying to do is exchange the term “universe” for “god” and indicate there is a “higher” presence. I believe there is something “greater” than us and is capable way more than what we know. I do not believe this to be a single self conscious entity. I believe it to be a type of conscious energy. Or something, i dont know im brainstorming right now. Conscious energy is tough even for me to accept and explain and i just said it.

A conscious entity did not intentionally create the universe.
There never was nothing, nothing is even something
There is no conscious entity watching over or protecting us
Consciousness will eventually evolve to exist in a form outside of body 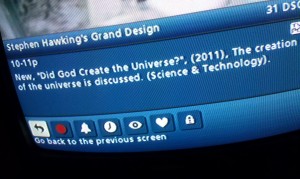 The singularities in black holes are gateways to other universes

Some form of matter, energy, conscious or something can survive singularity and is passed to or creates other universes.

Faith works.
My faith is in the “Theory of Universe”

On the train and i will get to work like 30 minutes early. I must love what i do. I love public transit. My lifestyle changed gradually over time to be more compadible with not having a car. One thing i cant do again is a car payment. Well, i say that now in my present situation. And i like my present situation or at least have whole heartedly accepted it. I love the way i live, i deeply believe in it. I think even if i had money i would stick to my simplistic minimalistic principles. I am not impressed or attracted to material things. If anything im impressed with places, creativity and accomplishment. What someone is wearing and how they look is important, but there is a cutoff. The extravagance or expensiveness is only relevant to me as how it fits with the perception of the personality. Sometimes the expense and the extravagance is the personality and thats cool, but not for me.

In the elevator to the 38th. I love being part of the city life