This Is Fiction: The Day I Forever Stopped Lying 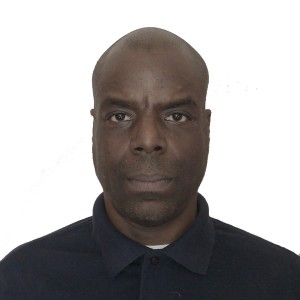 The story I am about to tell is fictitious, but there will be many illusions of truth in it. I want to be very upfront and make this very clear; these are NOT true or actual events that I am about to describe to you.

For you see when I was young I was an outstanding liar. I could look a person in the eyes and convey any emotional  message I wanted. I could easily see what a person would believe, and I was sensitive enough to sense what they wanted to believe. I developed a knack for giving them enough of what they wanted while denying them that certain thing to get them to believe. I understood  most people have a strong desire to believe (and be mutually trusted) and not giving them every piece of what they wanted their desire to believe grew stronger. It was inside that desire I would do my work. That was until I met XXXXXXXX.

I realized at a very young age that I was smarter than a lot of people, adults included. But I also learned that regardless of intellect or capability, adults had power over me. So I had to learn how to manipulate that power for my benefit. When I did I found reward in the moment I saw the confusion in their eyes. That moment when “grown-ups” became aware they were “confused” by their own arguments (by a child) and resorted to using “I’m the adult” power. That’s when I knew I had won.

The perceived repercussions from these victories would determine the magnitude of my celebration. There were instances when I was definitely in danger of physical harm and a celebratory dance would have gotten the shit kicked out of me. These situations were fairly easy to recognize and many times I would not even acknowledge victory. Other times the slightest smile in my eyes was enough and others when a full on Ray Lewis style end zone dance was appropriate. I knew that misjudging these situations could lead to grave consequences for myself, but being a “child” I was not aware of the affect  these “victories” had on others. After all,  I was the child devoid of responsibility in such encounters. And as a child, I was unaware certain damages could even occur.

Permanent link to this article: https://jefferytv.com/on-jefferytv/more-stuff/this-is-fiction-the-day-i-forever-stopped-lying/