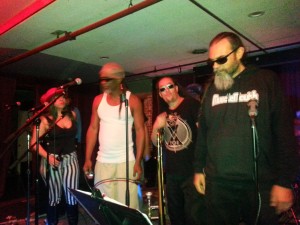 because for some of us who were raised on the funk when someone says the commodores or ewf is funk it degrades and dilutes what we believe (and know) funk is. its like saying “catholics and baptists are the same, what difference does it make?” might as well throw disco music in as funk too.

yeah we can all get along, but that dont mean we all got to be the same. diversity does not mean dilution or blurring distinctions. i believe there is a funk integrity that must be maintained and without people speaking up you gonna find katy perry being spun as funk music…

Permanent link to this article: https://jefferytv.com/because-i-was-raised-on-the-funk/