It Feels Good To Feel Good 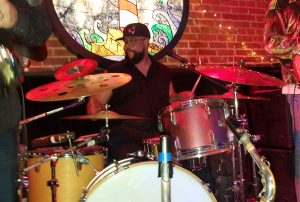 Actually, let me clarify that. There is a structure and style that I most favor and when creating music go there. Mr. Chenault plays this style or whatever better than I can imagine it. Now I love me some Funk and there are many varieties of it but I like mine with tempo, space and regiment it’s damn near military like. With funky nuances right where they should be.

Now having said that I remember when I saw Bootsy when he toured a second time with some folks I didn’t know. I was like this shit sound like pop music. It was all flighty and dancey and bubbly. Then Mr Waddy got on the kit and the whole tone completely changed. That was funk. I heard snaken Dave one time just play the kick drum in such a way it was no doubt funk. I say all this to say that though I love funk and music on the one the best and the most favorite may not be the nasty stankiest funkiest. I admit I like my shit a little maybe too clean for some funky folks.

and because i love to hear and see me talk so much i got more. many would agree dennis chambers is a bad ass drummer. but for me he was way too busy. so busy in fact when he did stuff with p-funk i didnt even think half of it was funk. also im commenting on drummers that i have saw perform live at least enough times to stand out and be remembered. i have no clue or idea who or what when it comes to records and studio recordings.

funkiest is subjective as is everything. with p-funk the ones i remember are Foley and Ron Wright. and i bet you its cause they play a no nonsense type of funk. i dont know, i just know when i hear ir. ive seen a lot of people play live a lot of times and many a time a drummer, any drummer can lock in on something that will make me take notice. those are too many to remember for those brief moments. oh i did see jara harris play drums fairly recently. it was a tad busy but so full of energy hittin’ it so hard i was like damn. (i thought he needs to clone hisself so he can play drums and the bass live, now that would be damn damn!!).

it’s that foot hit just a certain way and that hard pap of the snare. boom pap, boom pap with a few nuances thrown in. not a whole nother song of percussion played on top. speaking purely subjectively of course…

Permanent link to this article: https://jefferytv.com/name-the-funkiest-drummer-youve-heard/