Me And Feeling Good

Us, Them And Issues I Don’t Identify With 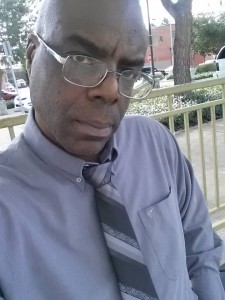 Wow, he talks white. I LOVE HIM! LOL damn I like what he said and how he said it. It explains a lot and maybe why I think the way I do about my life and myself.

Since when is knowledge of self..’talking white?!’… It would behoove you to get some…..smh

Talking white means how it’s said not what! Such enunciation and articulation though a tad new yorky. He never mentioned race

Jeffery…Why is correct speech and grammar “talking white”? Maybe you really don’t understand the message this brother is conveying…”Talking white” is yet another phrase we’ve heard growing up and we’ve internalized into being truth..people have told me I talk white or “you speak so well, (for a black girl)…I instantly shut them down and bring the truth to them..From this statement I believe that someone has told you or convinced you subconsciously that black people are dumb/uneducated/unteachable…you’re putting yourself back into the box so many have helped you to get out of..I pray that you Jeffery can get your own foot off of your own neck..be blessed brother.

Yeah, I guess me and the people around me are so far “beyond” the talking white thing and its so not a problem anymore that I can joke about it, as I was doing. In fact the many times I’ve been told that I took it as a compliment and didn’t shy away or be ashamed. Yeah, I was teasing. Now what may be an issue is that just like I’m beyond that problem I may be beyond the people with that problem.

Why would it be a compliment? You still don’t get it. It should be understood that EVERYONE should speak correctly, automatically. It should not be a rarity to encounter a brother or s sister who has command of the language. How about this one??

Like I said, I’m beyond that battle. And maybe at a point where it’s too late for those who still think that way. I take it as a compliment because the people making that statement realize the distinction between me and them and how I carry myself. I get what they mean by “you talk white” though the phrasing may be incorrect it’s not strictly based on a racial issue.

Me and them? YOU ARE THEM…YOU ARE US..WE ARE EACH OTHER

No, I don’t agree with that. There are us,’ thems and we’s at all levels. It’s up to me to find where I fit in and what and who I resonate with. And let me say I agree with your basic premise, and I practice what you are saying, I may not take it as that serious at this point. I simply can’t identify with certain issues. But I’m glad that we have others who do. I’m grateful even. Yet we are all in this together and I support everything and everybody to a vast degree

Permanent link to this article: https://jefferytv.com/us-them-and-issues-i-dont-identify-with/