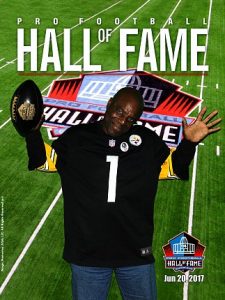 What good does that do or how does it affect the main issue of police brutality? And they sacrificed so we could “move on” and live out our lives not to dwell in the past you aint answer the question of how does Kap gettin’ a job in the NFL help anything and yes there will be hate and dominance maybe forever. violence also as its been throughout human history. being paranoid and reactive to what might happen is another thing that is based on speculation using past analogies

yes there are Nazi’s and KKK members and there always will be. but to think this is the sentiment of most white people and that “they all” think that way and there is a “conspiracy” to dominate and subdue based on race? based on money and power maybe. you catch a few KKK and Nazi’s on TV that media feeds you and you feel we are under attack. i don’t. of all the places i go and things i do i don’t see it so i wont let TV or social media scare me into believing i’m under threat i say do you and don’t worry about what might happen until it actually does. many will say that’s when its too late, look at history and they have the right to that opinion and the right to live their lives believing that. that’s not the way i choose to live. its not the way i was raised and its not in my mindset to speculate doom on such proportions.

life ain’t fair and never will be and i accept and live with that. and i deal with it the best i can and i absolutely love where i and the overwhelming majority of family and people around me are did you answer the question about how Kap getting his job back helps anything? (i may have missed it) sooooooo this boycott the NFL is for nothing but pride? not to win football games? or even sell jerseys? anytime ANYBODY stands up they get smacked down. that’s the point of standing up and making a wave. to play the race card is pointless to rely on the race card is fruitless all this to do to get Kap his job back and it will do nothing for the cause and for nobody other than Kap. money and donations ain’t whats needed . its much deeper than relying on any one man to be a savoir or leader. its generational and it starts in the family and is passed down. i’m making sure me and and my family and my kids understand that the world or whitey ain’t out to get them. from there they make a choice how to handle.

i live my life as an example to white people and black people around me that a black man can be happy and get along maintaining his integrity with a smile on his face and be respected. i hope to be an example that a black man or ANY man can work withing the system without fear or concern about what happened in the past. i’m tying to show that every black man doesn’t feel oppressed, hasn’t had a negative run in with police, is able to work with this capitalistic system no matter how corrupt and succeed. and be happy. i also believe the majority of black folks are doing just fine and are happy working within the system but are “afraid” to speak up for fear of being labeled uncle tom or coon. say one good thing about whitey and they will come after you. that “hate” may be just in your mind,. as i’ve said i haven’t experienced it.

in fact a lot of white people like black people more than i do. and regardless, their “hate” is their problem, not mine. getting mine no matter on what playing field is my problem. and i’ve equipped myself with the skills and mentality to get down on that field in my experience black people hate white people more!!!! i could not give a damn if someone don’t like me exactly my point- you call being a good person “being a good negro” obviously the Lord aint on black people’s side…

Permanent link to this article: https://jefferytv.com/you-think-im-gonna-stop-watching-the-nfl/