Starstruck By Me For A Minute 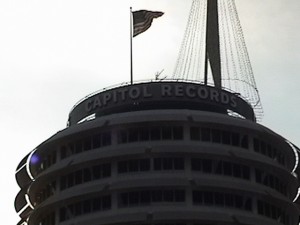 if funk came from anywhere it came from that- not james brown. james brown aint even funk- ITS FUNKY. now see i never heard this graham before, this is the missing piece!!! when i heard mr norwood fisher and them play “hair” at the long beach funkfest i had never heard it. wow and since im talking, funkadelic aint funk!!! funkadelic is funky yes. its more bluesy gut buckety country fried. there i said it.

funk was created by mothership connection when parliament defined what funk (not funky) was. i think parliament was the first to state this is what funk is. and set the tone of funk- which took funkadelic (hazel guitars), bootsy bass and one from jb, larry graham whatever that was he doing in that video, clintons showman musical and just being out thereness, mr worrell, etc etc etc to create the baddest and greatest span of musical recordings and touring performance ever.

funk prolly should have been a fundamental genre like rock and classical as it was clearly defined with many many many groups in the 70s contributing (freakin copying) to it. i think sometimes maybe the folks at casablanca was tryin to do that and got stopped politically or sumn. i dont know.

cause to be more honest with you the liner notes and consistency of the p-funk albums is tighter than the bible. i think somebody with major major power had a hand in that. i dont see folks eating sheets of acid being that critical to such a level of detail. white folks was behind that. that shit is white folks tight. there is not one contradiction across all them groups and songs and music and lyrics? somebody had a far reaching control to maintain that. just what i think. whoever it was they are my hero cause the doctrine is as important to me as the beat. first thing i did was type out all the words to p-funk wants to get funked up.

anyways where was i? oh yeah it seemed somebody with major power was behind or in front of that parliament thing. ive stood in universal music and seen and read the casablanca parliament story. they have a commerative hallway and that era is represented. i cant remember the exact way the story was told, but i remember a bitter ending like partners split up over disagreement of sorts or sumn. like there was a power struggle. maybe like somebody didnt want to see it succeed and maybe it came down to straight business vs business

Permanent link to this article: https://jefferytv.com/going-funkin-off-on-the-funk/