Not A Single Drop Of Compassion 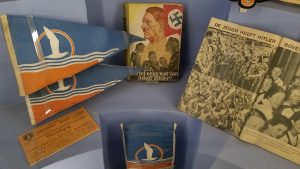 There was a status posted on Facebook asking what one thing would you get rid of. Hate, racism, disease, Trump, poverty, Satan, etc. I usually don’t respond to these kind of exercises, but I did stating “ignorance.”

Thinking about it the next day it struck me I might want to clarify that eradicating ignorance does not mean everybody going to school and attaining “higher” learning. A situation where everybody was educated in and by the same system leaves a void for another kind of ignorance.

I also thought that I would not want to live in a world without many of the things people listed. Even without ignorance people are free to hate and will find a way, there will also be inequality and some sort of ism used to distinguish groups. The way I am wired and the way I think I feel that “us” as human beings evolved to need such challenges, at the very least as a distant backdrop.

Adam & Eve got bored with the Garden of Eden. And we are supposed to be content for an eternity in a “heaven?” We simply are not built to be happy without challenge. In saying that, eliminating ignorance in a manner where we (mankind) know “everything” does not work either. What I don’t know is what drives me at this point in my life. Using what I do know and the data and resources accumulated via experience makes a very grand pedestal to view the areas of my ignorance.

Full disclosure: I chose the picture for this post not because I believe what is depicted is “ignorance,” I chose it because I know it will play well under this topic to the mainstream. I am also not trying to justify, defend or denounce any kind of understanding anymore.

Permanent link to this article: https://jefferytv.com/ignorance/